We are going all the way through very rebellious period where women are becoming more and more candid, Independent and career oriented which is mostly conventional to young male generation. Women reject to take physical, verbal and mental abuse which is great challenge to men world. If we say abuse has been stopped against women that are our erroneous belief. Look at human trafficking, People think Prostitution is an old trade instead of ending that trade, Society accepts without taking a measure on such an evil.

Why Men are abusive? Why Men don’t cry? Do we ever think about these issues?
It’s easy to play victim or blaming attacking men only than taking a stand on it. No relation is worry or problem free. Every marriage has problems. There is a time when Parents from both side to arbitrate and there is time when families take leave from both adults married kids. Some time they do need to consult them sometime we let them figure out their own issues.

But we all failed to see some serious concern about abusive pattern in both among men and women. Men also deal with abusive women physical, verbal or manipulative controlling, nagging behaviors. Men mostly don’t complain. They show their anger but feel ashamed to be abused by their female partners. Women world is frustrated with men ruling them for centuries. Now women are not only assertive but they are getting aggressive. Some girls being abused as child at parents home, some being isolated when they witnessed abuse at parental home. Some parents beat, scold their girls as child so when young girl get married she is already on her high horns not let her mate to take advantage of her as her young mate is ready to shower love and kindness. Women mostly less abusive but nagging, controlling weapon been used on their innocent loving, kind mate to take revenge on men something their forefathers done to family women. Do Men complain or cry in this situation?

At the time of hunting and gathering men were encouraged to be tough. Society expects men to be tough under every circumstance and keep their emotions in check. Crying considered as weakness among men. For that reason men experienced loneliness when they can’t express their grief, love, hate and antipathy if men don’t show their emotions, tears and fears they will end up bitter and angry men. In my opinion there is nothing wrong to be shed tears; Men are human just like us women. Men should express their anger with emotions not by physical force. Crying in men should not be sign of weakness as long as they don’t cry 24 hours and seven days.

This site uses Akismet to reduce spam. Learn how your comment data is processed. 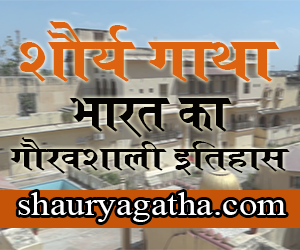